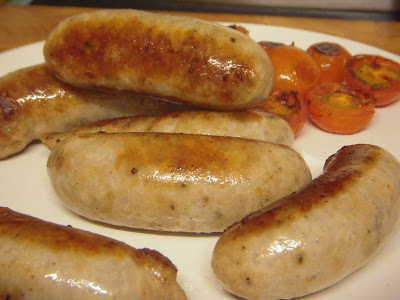 Edis is a smart-looking shop in Ely High Street. I got the impression that Ely’s upper echelons probably buy their meat here, there was that kind of quality atmosphere about the place. Don’t let that put you off though, the welcome is warm and the meat looks tempting. Try to get served by Mark and he’ll probably be able to tell you the name and number of the animal you’ll be eating.
.
.
They did have their own website here: www.edispork.com but it appears to have been hijacked by a marketing firm. Bad form. 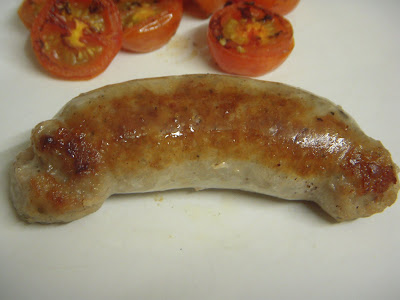 Meat Content:
"Officially" Edis state 65% on their pricing ticket, but Mark explained that they do this as a failsafe way to meet any trading standards inspection - the actual meat content is around 80/81%, but should a random check be carried out and a rogue banger comes in at 79% then Edis would be facing prosecution. Well, let me tell you this - if these brilliant bangers have ONLY 81% meat content I would be astonished. The first one into the frying pan actually oinked in protest.
.
.
Flavour:
A first big hit of pepper quickly which fades then the palate is engulfed in a complex blend of other spices. These are big unfussy lumps of prime tastebud tantalising awesomeness. 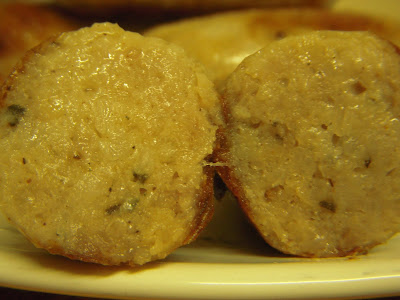 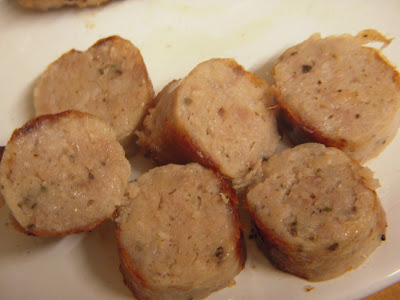 Value For Money:
£2.76 for 6 sausages, weighing 406g - this works out as a price of £6.79 per kg, or 46p per snorker. Only five sausages we’ve tried have been more expensive per kilogram, but the price per snorker is good value. You MUST visit Edis of Ely and try them for yourself. Tell them that Rate My Sausage sent you! 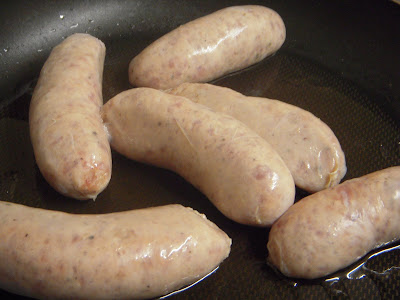 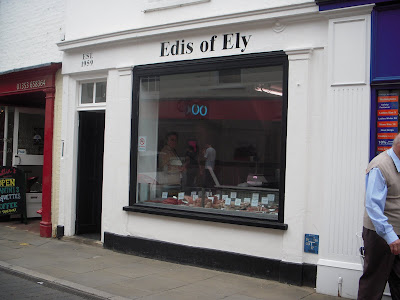 I now live in Sweden having spent 38 years in the British Army. The only thing that I miss about the UK are these superb sausages from Edis of Ely. My great friends George & May who live in Ely clearly will never leave there. They were the first to introduce me to the Edis Sausage. Well done chaps keep it up!
Give me your Recipe, the Swedish people could really do with a great sausage!!
Rhyl Jones (rhyl@aol.com)

I grew up in Ely and Edis sausages were always a family favorite. Since then I've traveled in over 60 countries and lived in the US more than 25 years. I've eaten sausages all over the world, and Edis sausages are the best I have ever eaten. They're one of the first things I eat when I return to England for vacations.

Fantastic ham ,hazlet,sausages ,so good ,I will be paying visits to Ely to shop there,Spanish lady was so kind helpfull,I'm disabled in wheelchair.

I lived in Ely 50 years ago and remember living on Edis Pork Pies and sausages. The sausages shrunk by around 40-50% and the flavor was intense, the best ever tasted and I have tasted a few. I assume regulation got in the way of taste. I'll have to make the effort and go back.